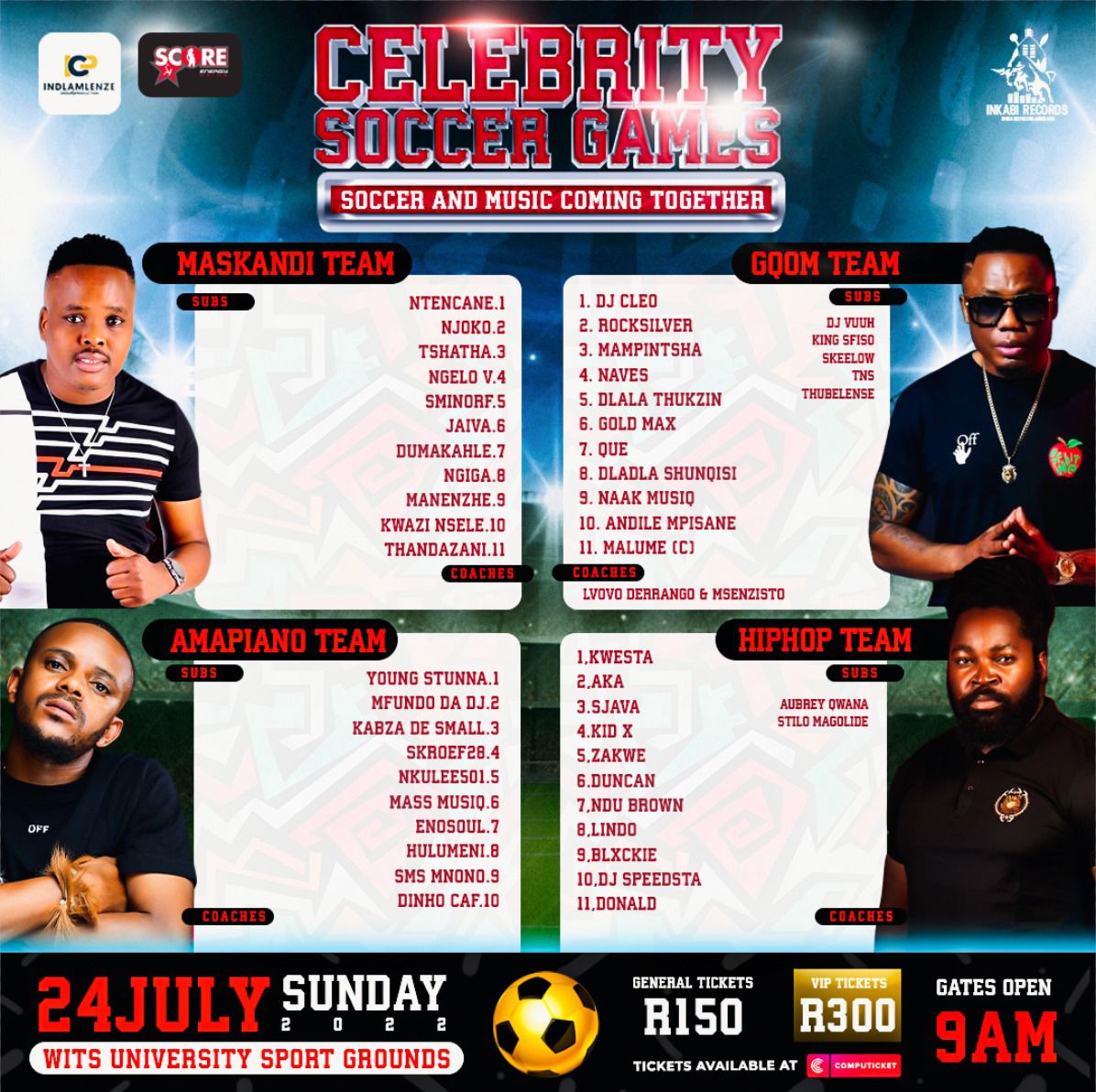 It’s all systems go this Sunday, at Wits Football Stadium, as four teams will battle for the coveted trophy and a R100 000.00 winning Prize.

The tournament, a brain child of Khuzani Mpungose and Siyabonga Nene (Big Zulu), who staged the first tournament on 10 August 2021 at Sandton Sports Complex, will now see four (4) representing Maskandi, Hip-hop, Gqom, and AmaPiano, fight it all out and lay a claim as to who is the fittest and skilful of them all.

“We started this tournament with just a vision to inspire young people to be involved in sporting activities, apart from their love for music.

All we had was a dream and a passion. Today, that dream has become a reality, and we thank all the captains, teams and the sponsors who have shown such great support enthusiasm for this beautiful game.”

Big Zulu, who is not much about talk, just said:

“Mina ngifisa ukuba nemali eningi and I am now focussing on my team taking home R125 000.00 in total, and the trophy; then we can talk about anything else. For now, all I can say is ziyakhala ngeSonto”.

Both Khuzani and Big Zulu have just

The announcement has gotten the Team Captains and the team, Dj Tira (Gqom), Kabza de Small (AmaPiano), Big Zulu (Hip-Hop) and Khuzani (Maskandi) more energized and thanks to the sponsors, iCebolethu, Dept of Sport, Arts and Culture, Score, iTel and Allied Consortiums who have made this possible, either through cash contributions or services.

The soccer tournament takes place as per the information below:

This is the sequel to the inaugural game between Maskandi and Hip-Hop which took place on 10 August 2021, at Sandton Sport Complex), and was covered by print and electronic media during and post-match, attracting millions

of followers from across all social media platforms.

The Jammin’2 Soccer Top 4 Tournament is a gift to the future where young people refuse to succumb to the present social ills and rather give meaning and the reason to wake up and admire a life worth living.

South Ahh, we gotta get up, stand up, for our right to laughter because Comedy is a basic human right. Read more