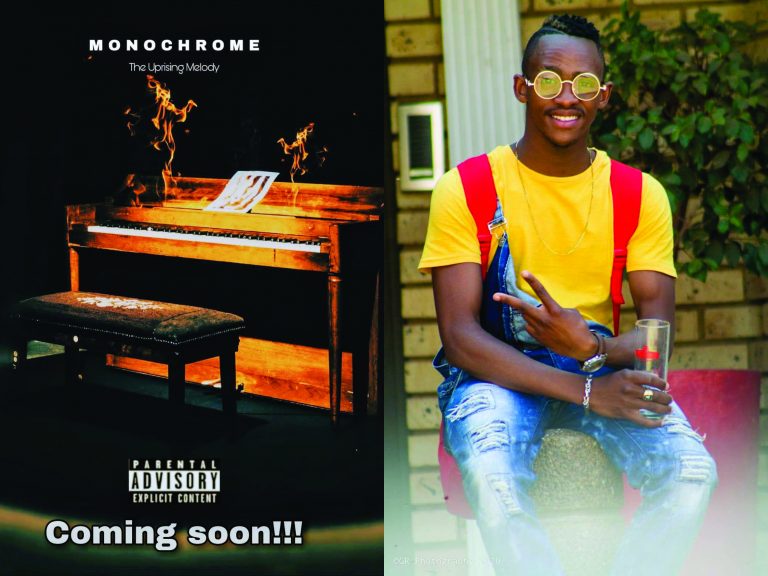 Amapiano music is about to get more interesting as a 23 year-old Sipho Shayi aka Monochrome from Villa liza ventured into the industry by launching his latest fire EP, Uprising melody which consists of 10 songs.

According to Shayi his EP has five hit tracks which are, Corona, Shanda pha, Liyasho, Katalina and Amatanka.

The young man is very optimistic about his musical career and he is paving his way towards working with prominent artists who have made it big in the music industry.

“Well it’s my wish or my dream to work with MFR Souls, Kwesta, Kabza DE small and Dj Maphorisa because they do inspire me as an upcoming artist,” Said Shayi.

What makes his sound different to other sounds is his vocals and how he strategies items of writing and “my producer (Hendrick kgomo Lezza) also knows how to sing, so i think in the studio it’s simple for me to come up with a hit song because of how we build up the chorus of a song,” he said.

On 29 August 2020 Shayi produced his first music video for one of his hit songs in his EP, of which according to him everything went smoothly, regarding the shooting of the video.

However, it was suppose take place in private to avoid violating the lockdown regulations, but his fans came in numbers to support and show him love.

“People who were invited to the shoot decided to tell others that they will be shooting a music video with Monochrome so two days before the shooting I felt bad about shooting a video away from my community, where I grew up.

So I rearranged everything and we moved the event to my area were everyone will be able to come and view but not forgetting that, we still needed to comply to the lockdown rules, so it meant that everyone had to come with their mask and I managed to buy sanitizers for everyone to be safe,” Shayi said.

As an upcoming artist Shayi has already made his mark on the streets, as he has aready performed at well-known places, such as Colour first, lavilla pub &grill, Endaweni, C class and many more.

As hard as he is working, he understands the struggle of being an upcoming artist and his next mission is to uplift and give a platform to upcoming artists after him.

I would make sure I give those people a platform to showcase their talent because most of the good music it’s down there;

I will make sure that I host celebrations up there, to uplift those guys, because already they have got experience on how to survive in this industry,” concluded Shayi

Following the huge success of Jozi’s latest trendy spot, the MmohoBlock Market at the Waterfall Park in the Mall of Read more