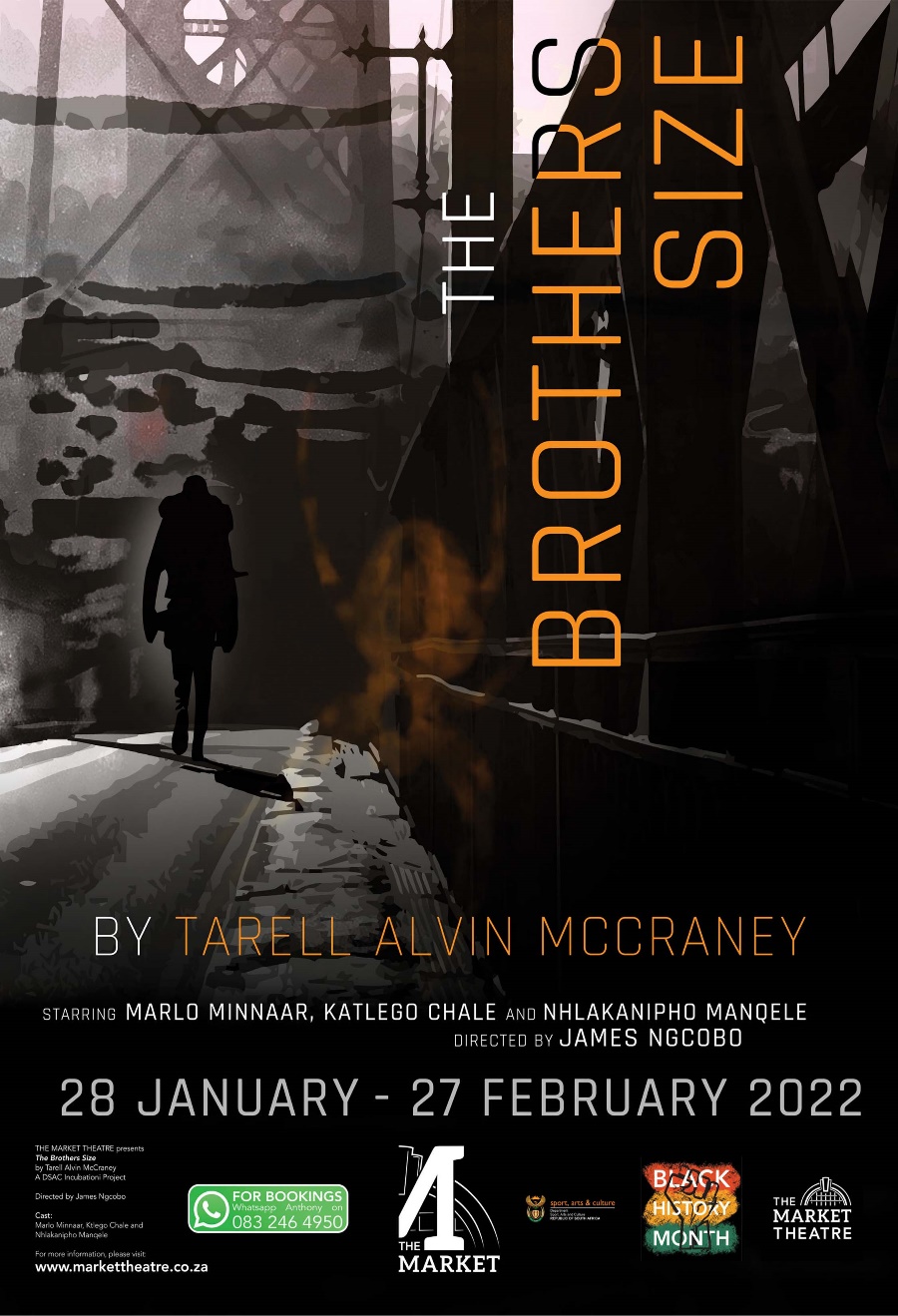 Award-winning and artistic director of the Market Theatre, James Ngcobo directs the South Africa revival of The Brothers Size for a limited season 28 January -27 February.

The Market Theatre has chosen this poignant and captivating production to celebrate Black History Month. For so many African Americans the month means they need to appreciate and acknowledge black excellence.

It is also a time for reflection on the work that still needs to be done and brings out the motivation to always strive for greatness that lies beyond our current circumstances.

Elegba, played by Marlo Minnaar, arrives as a friend of the brothers who come to stir the pot and provoke additional discord between the brothers, he is named after the spirit of chaos and the god of the crossroad.

The show explores brilliantly the complexities of brotherhood, devotion, and freedom. It also features mighty speeches that are captivating in their ability to capture the brotherly relationship. There are several poignant moments that are articulated exclusively through movement.

Oscar Award writer Tarell Alvin McCraney is one of the most talented and significant writers in the United States. Tarell is the Chair, and Professor in the Practice of Playwriting at the School of Drama; and is the Yale Repertory Theatre Playwright-in-Residence.

He is also a member of Teo Castellanos/D-Projects Theater Company in Miami, a member of the Steppenwolf Theatre Ensemble, and co-wrote the 2016 film Moonlight, based on his own work In Moonlight Black Boys Look Blue, for which he received an Academy Award for Best Adapted Screenplay.

Audiences will be treated to a flight of poetry, music, dance and West African mythology combined in a contemporary tale that explores the tenuousness of freedom and the need to belong somewhere, to something, to someone.

The Brothers Size is a brilliant haunting, poetic and magical portrayal of Brotherhood.