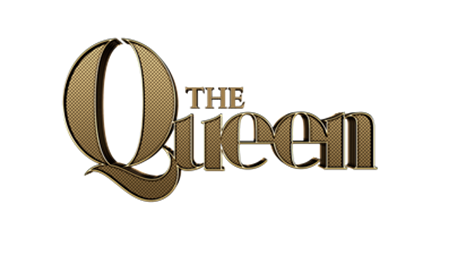 The Queens follows the lives of two families involved in a life of crime and luxury. The two family leaders, Harriet and Gracious are often at loggerheads with the police and the community.

This coming season, The Khozas have in and accept their fate but things are about to change again. The Maakes’ fortunes change for the worse. Below are The Queen February teasers:

Vuyiswa has second thoughts about having the baby. Olerato tries to earn Goodness’ forgiveness. Hector plans a romantic gesture for Vuyiswa.

EPISODE 138: BACK IN THE DARK AGAIN

Goodness is sent into a dark place and has an offer to help from an unlikely ally. Vuyiswa is hopeful that Hector will see things her way but is yet to tell him about the state of their health.

Hector discovers the terrible secret Vuyiswa has been keeping from him. Olerato brings Mvelo to see Goodness, but it doesn’t turn out as planned when Harriet turns up with the police.

Vuyiswa’s web of lies continues to tangle her even deeper. Brutus has no intention to help Olerato, little does he know someone has already interfered with his plans

Vuyiswa has to deal with the aftermath of her beating the robbery suspect. Harriet is on the warpath. She is obsessed with bringing Olerato back home

Goodness has a plan up her sleeve to worm her way back into the Khoza mansion in order to get access to her daughter. Vuyiswa struggles to snap out of her misery despite family and friends reaching out. Olerato finally agrees to go back home but to Goodness’ displeasure.

Goodness starts to spin her web around Olerato. Vuyiswa makes a decision that shocks Hector.

EPISODE 145: SLEEPING WITH THE ENEMY

Harriet and Brutus are shocked to learn that their child is sleeping with the enemy. Schumacher saves the day and Georgina sees a hero in him.

EPISODE 146: YOU CAN’T HANDLE THE TRUTH

The Khozas and Sebatas tell Olerato and Khumo to end things. Georgina starts to look at Schumacher through a different lens

Georgina starts developing feelings for Schumacher. Khumo faces Brutus’ wrath. Olerato must choose between her family and her lover.

EPISODE 148: FALLING FOR MY FRIEND

Georgina keeps falling deeper and deeper for her friend. Goodness decides to leave town and to take some time out.

Khumo learns a shocking secret about the Sebatas. Georgina plans to confess her feelings for Schumacher. Harriet and Brutus plot to keep Khumo and Olerato apart.

Hector threatens to end the Khoza bloodline if they come near his family. Georgina finds a way to deal with her feelings without coming clean to Schumacher.

EPISODE 151: BLAME IT ALL ON JAROS

Khumo doesn’t know who to believe. Schumacher wants to make up with Georgina but it’s not as easy as he hoped.

Olerato is faced with a harsh reality when Khumo turns on her. Georgina finds herself in an embarrassing situation. Brutus threatens Thando, but Thando doesn’t take it lying down.

EPISODE 153: WALKING IN ON THE TRUTH

Khumo tries to learn the truth about the Khoza and Sebata rivalry. Patronella insists on meeting Georgina’s new love interest. Harriet and Brutus try to keep Khumo away from Olerato.

EPISODE 154: TAKING THE ONLY WAY OUT

Khumo, distraught and how his life is turning out, think of taking his life. Schumacher keeps trying to set up Georgina.

EPISODE 156: COME AWAY WITH ME

Schumacher wakes up to the reality of spending the night with Georgina. Hector thinks he has a plan to deal with the Khumo problem, but Olerato and Khumo have their own ideas.

Related Posts
THE COOLEST OG’S RETURNS FOR THE SECOND SEASON

Following a two-year hiatus, and as the global film industry recovers, the organisers of the Joburg Film Festival, in partnership Read more

Here’s what to watch out for on DStv this August August promises new and exciting programming for DStv customers. From Read more

Season 2 starts with lots of actions as Mandla receives bad news about a body being found in the fire. Mpumi Read more